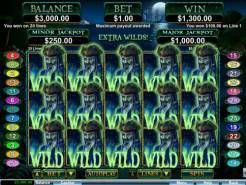 Play Now
Anyone who is familiar with Jack Sparrow will definitely note some familiar symbols and characters in this five reel twenty five payline slots game that includes wilds, scatters and free spins. There are also two random progressive jackpots that can be won at any time when playing the real money game version. Both the minor and the major progressive jackpots increase in value with every real money bet that is placed. Players can also preset the number of spins that they want the game to run for consecutively by opting for the auto play. This is totally optional and can be stopped at any time.

Looking for the Ghost Captain and His Ship