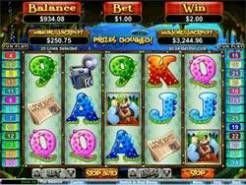 Play Now
No one can actually really claim that they have seen Lochie the Loch Ness monster but then no one can say for sure that they haven't seen her. It remains a mystery whether she really does live in the lake of Loch Ness. This slots game with its five reels and twenty five paylines touches on the comical side of looking for Lochie and what she may be hiding. This game also includes two random progressive jackpots that can be won at any time when playing the real money version of the game. The minor and major jackpots grow in value with every real money bet that is placed giving players more reasons to play the game and more incentives to try and win.

Having Rewarding Fun with Lochie